By admin | on September 26, 2013 | 0 Comment
By way of Deception Chutzpah! Matrix of Deception Neocons Treason Zionism 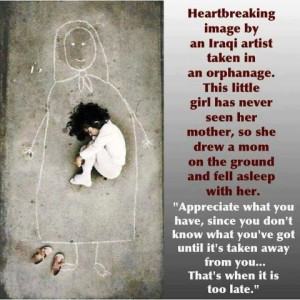 This is what many have confirmed for years–now confirmed by science…
“I know the blasphemy of them which say they are Jews, and are not, but are the Synagogue of Satan.” – Revelation 2:9
See article below:
http://educate-yourself.org/cn/texemarrskhazarianjews08mar13.shtml
For more details on this, you can check out my book if you’d like:
CONSPIRACY OF THE JEW WORLD ORDER:
http://www.amazon.com/CONSPIRACY-WORLD-THRILLER-SERIES-ebook/dp/B005EE63AI/ref=sr_1_1?ie=UTF8&qid=1358969399&sr=8-1&keywords=Jew+world+order
Also,  please also refer to the writings of John Kaminski for more information pertaining to world-wide Jewish mafia crime that our own US Embassy in Tel Aviv warned the American people of –and which the Jewish controlled press WILL NOT tell you or me about– in a memo titled: Israel: Promise Land for Organized Crime?.
Memo here:
http://wikileaks.org/cable/2009/05/09TELAVIV1098.html
John Kaminski’s site here and please consider supporting his work:
http://www.johnkaminski.info/
Other critical articles that must be read and spread are:
HOW THE BABYLONIAN KABALLAH JUDAIZED CHRISTENDOM
http://300sploggers.blogspot.com/2011/08/how-babylonian-kaballah-judaized.html
Carl Bernstein Outs the “Jewish Neo-Cons”!
http://300sploggers.blogspot.com/2013/05/carl-bernstein-outs-jewish-neo-cons.html
The Host and the Parasite – How Israel’s Fifth Column Consumed America [Lecture by Greg Felton] by onmhyway
http://300sploggers.blogspot.com/2012/08/the-host-and-parasite-how-israels-fifth.html
It’s time the world woke up to the REAL enemy…the masterful deceivers!
Share this story: