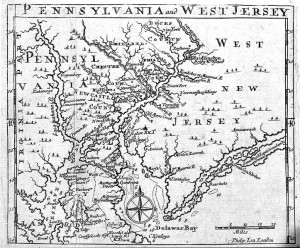 By 1652, the problem resulting from a shortage of coins had become extreme. England had turned a deaf ear to the colonists’ plea for specie, and the colonial leaders did not believe that the people should have to continue using the mixture of foreign coins, wampum, bullets, and barter objects any longer. In an effort to provide more good coin to further trade and commerce, the Massachusetts Bay Colony established an illegal mint in Boston in 1652.

The Charter or Fundamental Laws, of West New Jersey, Agreed Upon — 1676

That the common law or fundamental rights and priviledges of West New Jersey, are individually agreed upon by the Proprietors and freeholders thereof, to be the foundation of the government, which isnot to be altered by the Legislative authority, or free Assembly hereafter mentioned and constituted, but that the said Legislative authority is constituted according to these fundamentals, to make such laws as agree with, and maintain the said fundamentals, and to make no laws that in the least contradict, differ or vary from the said fundamentals, under what presence or alligation soever.