The George Zimmerman murder trial has started and if we notice nothing else, there is on exhibit the fact that there is a chasm between races in the United States.  Paula Deen has been defamed by the vultures at mass media to further widen the chasm between blacks and whites.  Joe Farah’s World Net Daily warns:

4TH OF JULY CELEBRATIONS BEING CANCELLED DUE TO BLACK MOB VIOLENCE

DIVIDE AND CONQUER with Jewish mass media’s (and crypto-Jew Farah) stampeding of the slave groups against one another.  What slave groups?  You know, the ones listed on the gun application forms where you have to check:  white, Hispanic (Mexican), American indian, Asian, Black (African American)…the slaves that are being tracked. 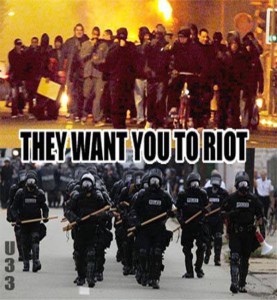 Not so coincidentally, who led in the creation and management of the NAACP and weren’t black and played big roles in shipping and selling Africans into slavery?  Hint:  They aren’t listed in the check boxes on gun registration forms.  That history isn’t being tracked either by the Archie Bunkers of Amerikka.  Jews played key roles in the slave trade (look it up) and “Jewish” is not a check box on the many government forms that track slave groups.

The “star” witness for the prosecution has become the “poster child” for the black community. The witness is fairly typical of many young black women: obese, functionally illiterate, and destined for a lifetime on the government dole. Her resentment of authority is hardly news especially after she admitted that, in her culture, whites were routinely referred to as “crackers.”

Also we discovered that Travon Martin used the “N”word in his conversation with her on the night he was killed. This is hardly a revelation for those who have lived in proximity of black folks. There is a deep seated resentment; not merely resentment or mere anger. It is hatred, especially among young blacks, toward white people in general. Because of this hatred, the fear of young blacks is prevalent among many whites. And for good reason, more than 90% of all violent interracial crime is black on white. More often than not these crimes are downplayed and go unreported by the media

While it will not be mentioned, violent black youth is as much on trial in the Zimmerman case as the killing itself. Was Zimmerman in fear of his life? Being on the ground with a strong athletic black kid on top, punching one in the face would induce fear in a normal person. At what point will the beating stop? What are the “Marquess of Queensberry” rules for street fighting?

It appears that racial problems in America are worse now than 50 years ago. The blatant discrimination has been addressed and resolved but the resentment, anger, and refusal to assimilate into American culture is more prevalent now than then. Most every black problem is blamed on slavery. This makes no sense since no living white in America has ever owned a slave, and no black has ever been one. Blacks know this, but it is hard to focus anger on one’s own self-destructive lifestyle choices. So slavery and white oppression are the blame games of convenience.

All the well-intended social services programs provided by government have turned a once proud and capable people into perpetual children. Because so many blacks trap themselves in the social welfare system by refusing to avail themselves to free education opportunities and opt instead to breed illegitimate children, the cycle just restocks itself every 12 – 16 years.

Sadly, for far too many, slavery at the hands of private ownership has only been exchanged for bondage to public authority. Personal finances, living quarters, health care, and even one’s future are determined by their new owner – the United States government.

Social media is ablaze with threats by blacks to kill Zimmerman if he is acquitted, and they no doubt would burn down sections of many cities. No problem – Uncle Sugar will rebuild them at taxpayer expense.

The Wisdom of Solomon could not rectify the mess that our government has made regarding a large majority of the black community in America. The star witness merely serves to remind us of where we are regarding race in America.

Tags: divide and conquerPaula DeenRace and ethnicity in the United States CensusShooting of Trayvon Martin