Documents such as WARRANT FOR ARREST and WRIT OF MANDAMUS regarding the crimes of 9/11 should already be prepared and ready to implement.  WARRANTS should name the key suspects, such as are listed here:  WHO DID IT

A 9/11 truth activist at 911blogger, “Percosin Rat,” created the following graphic to simplify what Ryan proposes in his 318 pages of text.  As valuable as this information is, does anyone notice any names missing? (excerpted from a review of Kevin Ryan’s book…full article at http://truthandshadows.wordpress.com/2013/08/03/the-kevin-ryan-paradox-the-way-to-show-the-911-official-story-is-false-is-by-accepting-as-much-of-it-as-possible/ ) 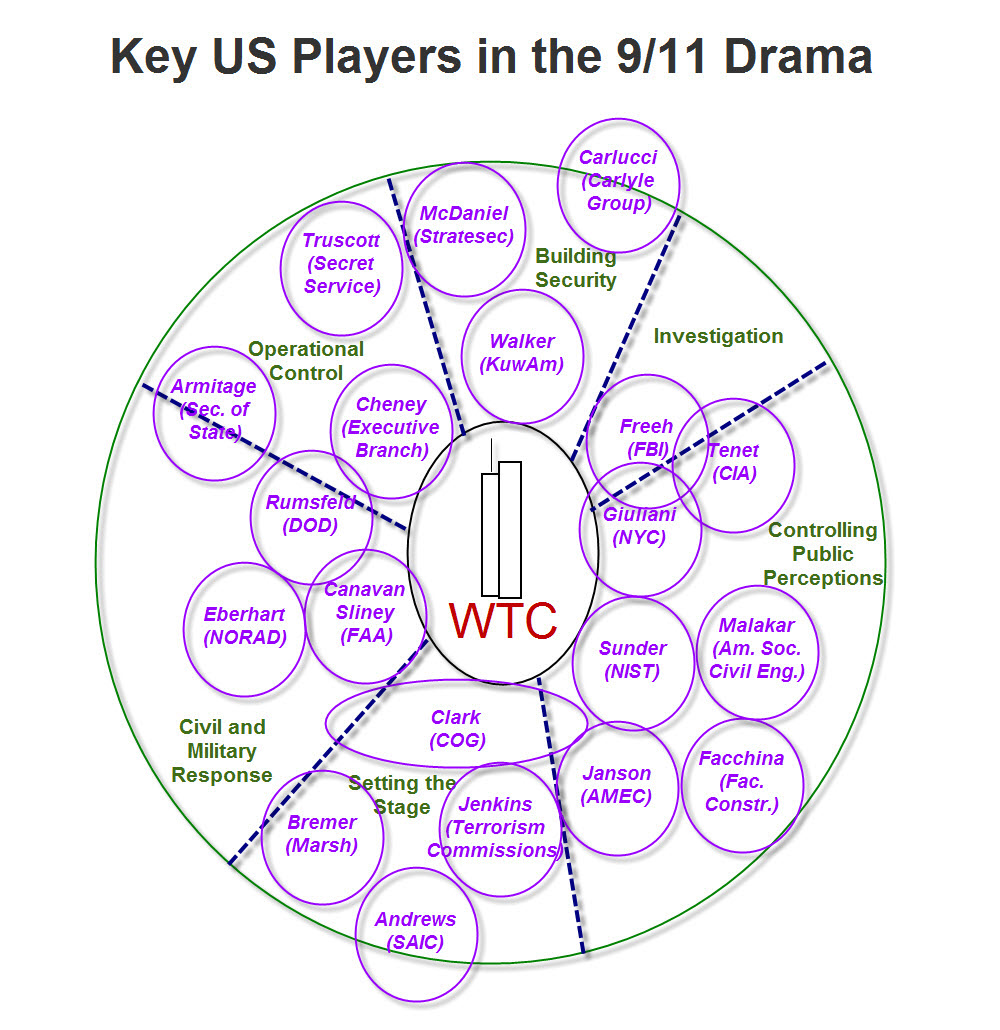