According to the official statement, the record transfer from the Pentagon to the CIA has nothing to do with Freedom of Information. Its objective was “to protect the names of the personnel involved in the raid, according to the inspector general’s draft report.”

Protect whom? Several members of the SEAL raid are now dead, allegedly “due to combat and training accidents”.

Navy Seal team members involved in killing Bin Laden die in helicopter crash.  Bin Laden’s body is allegedly buried at sea–allegedly in respect of muslim tradition.  Why is US military respecting muslim tradition when US soldiers are photographed pissing on dead muslims’ bodies? 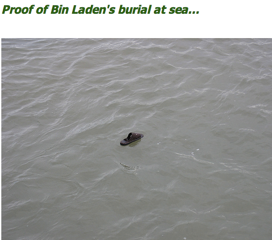 Usama bin Laden has died a peaceful death due to an untreated lung complication,…See More Take this to a muslim who can read Arabic to translate it for you: 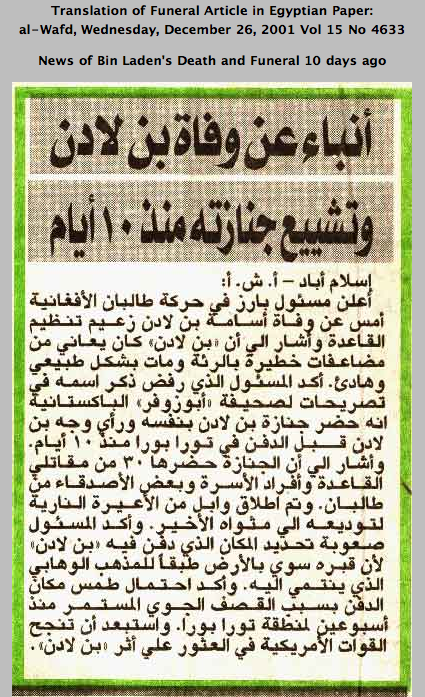 Which CIA video is the real Osama bin Laden?